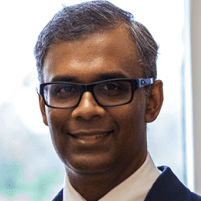 A herniated disc can cause debilitating pain in your back, neck, arms, and legs. When the ongoing pain of a herniated disc requires surgical intervention, it’s time to consult Cyril Sebastian, MD, at Evergreen Spine and Neurosurgery Center in Shenandoah, Texas. Dr. Sebastian is an expert neurosurgeon who specializes in minimally invasive surgery to effectively repair your damaged disc and restore your ability to enjoy a pain-free life. To schedule an appointment, call the office or use the online booking feature.

WHAT CAUSES A HERNIATED DISC?

The discs located between each spinal vertebrae consist of a gel-like center that’s enclosed in a tough outer covering. This special structure gives discs the ability to absorb shock and cushion your spine when you move.

Over the years, your spinal discs dehydrate and weaken due to wear and tear. When the outer cover becomes too weak or damaged, the gel bulges out. And if the outer cover tears, the inner gel leaks out, a condition called a herniated disc.

WHAT SYMPTOMS DEVELOP DUE TO A HERNIATED DISC?

As the inner gel bulges through the outer cover, it compresses the nerves. After the disc ruptures, the gel irritates the nerves. Both problems lead to inflamed nerves and back or neck pain.

Pinched nerves commonly lead to pain, tingling, and numbness that travel along the affected nerve and go down an arm or leg. Sciatica is one of the most common examples. When the sciatic nerve in your lower spine is pinched by a herniated disc, you can develop severe pain that suddenly shoots down one leg.

HOW IS A HERNIATED DISC TREATED?

When conservative medical care fails to relieve your pain, Dr. Sebastian may recommend minimally invasive surgery to repair the source of the problem. He has extensive experience performing procedures that include:

DISCECTOMY WITH OR WITHOUT FUSION

During a discectomy, Dr. Sebastian either removes the entire disc or trims away the damaged part of the disc. Depending on the extent of your discectomy and the location of the disc, he may stabilize the vertebrae by inserting a bone graft so the bones fuse together. When the entire disc is removed, you will need either a fusion or a disc replacement.

After removing a herniated disc, Dr. Sebastian may replace it with an artificial disc, a procedure called arthroplasty. The artificial disc functions just like your original disc, so it relieves the pain of a herniated disc while preserving normal spinal motion. By comparison, a spinal fusion prevents movement between the two vertebrae.

To learn more about the safe surgical repair of a herniated disc, call Evergreen Spine and Neurosurgery Center or book an appointment online.